Today, NNIT A/S held its annual general meeting, at which the following were adopted:

The Board of Directors may decide that going forward general meetings shall be held in and that documents prepared for the use of the general meeting shall be in English and /or in Danish.

The Company’s Remuneration Principles were revised in order for the existing Launch Incentive Programme to continue as a Retention Programme.

Composition of the Board of Directors and Audit Committee

After the annual general meeting, the elected Board of Directors held a Board meeting to appoint members of its Audit Committee.

The Board decided that the Board of Directors and Audit Committee shall be composed as follows:

NNIT A/S is one of Denmark’s leading IT service providers and consultancies. NNIT A/S offers a wide range of IT services and solutions to its customers, primarily in the life sciences sector in Denmark and internationally and to customers in the public, enterprise and finance sectors in Denmark. As of December 31, 2016 NNIT A/S had 2,809 employees.

Prior to publication, it must be approved by NNIT News. 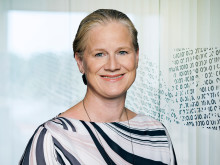